Friday 20:00 o clock at Ktirio Xatzigianni in Mytilini City Center
Open screening of refugee video makers. Short-movies about the hotspot prisons of Lesvos and Samos followed by a discussion.
The movies will be shown again during the Konzert on Saturday!!!

Program of the Movies: 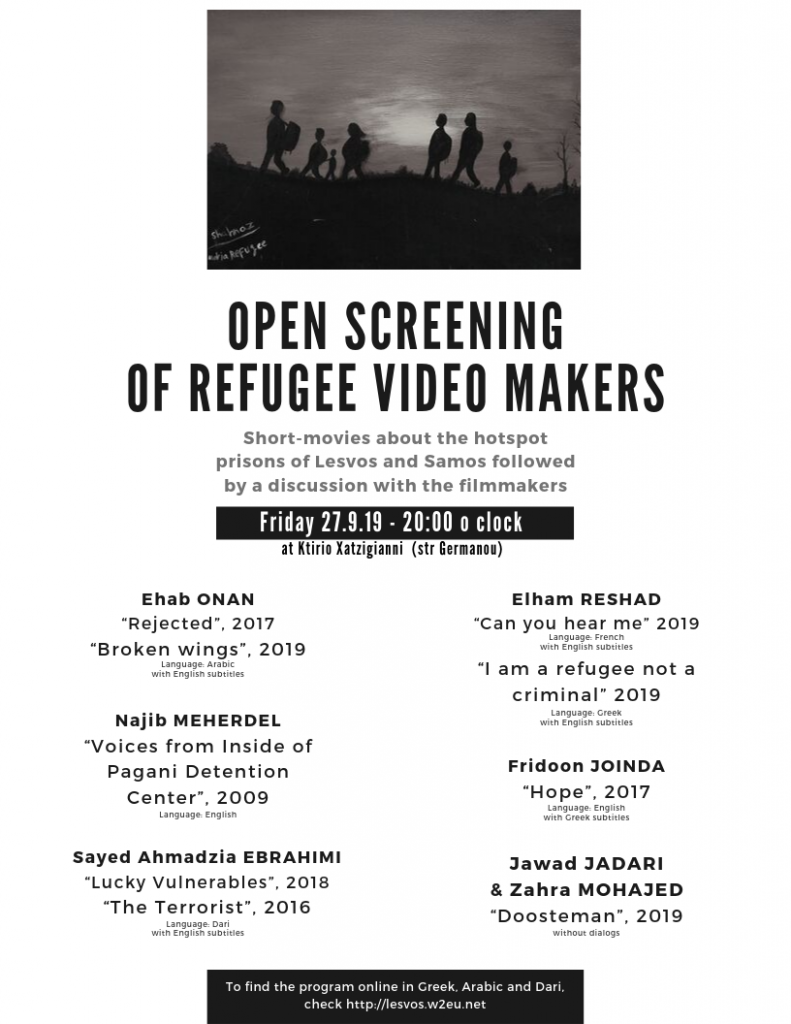