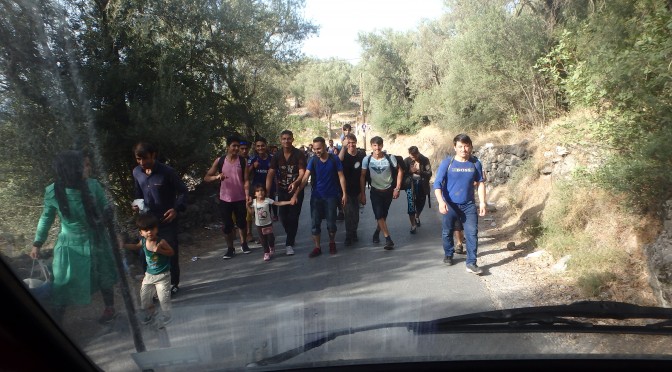 The new Minister for Immigration G.Mouzalas visited yesterday the Island of Lesvos.
inspecting the camps with thousands of people that are not yet registered.
After his visit he announced following changes:

in the meantime the streets are again full of newly arrived refugees, walking from the north of the island 70 km since the authorities have blocked the bus transports due to too many people concentrated inMitilini/Kara Tepe/Moria.
NO REGISTRATION at the moment at the PORT!