Things change. On Lesvos island one thing that seems to be changing constantly is the perception of who is responsible for the new arriving sans-papiers. Once no authority wants to deal with them, once one of them, than again none. Meanwhile the civil societies’ hands are tied if it comes to i.e. transporting undocumented persons in private vehicles (which is illegalised). 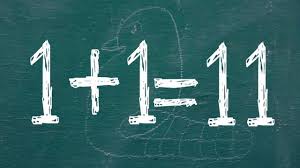 In December 2012 when PIKPA was first opened by the activist network “Village of all together” as a welcome centre for refugees, the authorities were ignoring the presence of the new arriving for some days until they had to register them due to the pressure of the civil society. Practically for this meant:
– That upon arrival, being wet from the sea, hungry and exhausted, families, children, elderly, pregnant women, sick people and the rest had to walk from the place where they arrived until Mytilene. This could take some of them 2-3 days, when they got lost in the hills and forests. Police was denying to transport them even if they met them somewhere on the island during their patrol.
– The undocumented had to wait many days until being registered.
– The local society and activists had to take care of the basic needs of up to 150 new arriving sans-papiers – which is according to law the responsibility of the state.

In May 2013 the authorities had decided the coast guard was responsible for the arrest and first registration of the new arriving migrants and refugees. Thus, they were arrested (upon arrival in Mytilene or on the sea) and “detained” inside the port area. This areal was never thought to be a detention place. It is a fenced area, where the ferries from turkey arrive with one container which is the office of the coast guard and another which is used by Frontex for screening. There are no places to host / detain persons, there are no beds, no shelter, no sanitary infrastructure, no protection from the weather…

In September 2013 again no one wants to be responsible for the sans-papiers who manage to arrive by themselves on the island (without being intercepted on the sea by the coast guard). Again they have to walk all the way to Mytilene. The local society is taking care of them in PIKPA with their own means (no support from the state again). And again they wait for days until being registered. If it comes to the authorities the ones who have not been arrested “don’t exist”. This goes for all refugees, also the Syrians.

– 18.9.13: the Coast Guard in a press release stated that they had arrested 45 “illegal migrants” in the area of Mandamados, Lesvos island. Yet, there appeared no newcomers on that day. We have to come to the conclusion that the authorities published an “arrest in Mandamados” referring to the older arrivals whom they registered on 17.9.-20.9. in PIKPA, Mytilene and who had already spent some days on the island being consciously ignored.

– 23.9.13: 17 of 18 Afghans – all families – who had arrived on the 15th September along with a Palestinian family – were arrested in the late evening, detained without receiving water or food and released the next day
– 25.9.13: 13 Syrians of whom some arrived on the 13th September others on the 15th were finally registered by the police and released
– 25.9.13: 8 Afghans of which 7 arrived on the 22.9.13 – among them minors – were transferred from PIKPA to the new detention centre in Moria. With them the Palestinian family which had arrived on 15.9.13 on the island.

– there is no press release of the Hellenic Coast Guard concerning the arrest of any people since the 18th.
– Frontex has screened all these persons in PIKPa before they were registered by the police.

Now, who is responsible for what?