Civilians’ Initiative: “The village of all-together”

Within the last days the drama of hundreds of fellow citizens, which is already touching the limits to a humanitarian crisis once more evolves in Lesvos in front of the eyes of thousands of fellow citizens. Two months ago approx. active inhabitants of Levos, collectivities and NGOs, decided to build a network, to unite their powers and co-ordinate their actions with the aim to offer help to the ones really in need, when they recognised in time the catastrophic consequences of the crisis for all fellow citizens – migrants and non-migrants. In this way the «Village of all-together» was born. Our first demand towards the authorities was a few months ago to grant a place of shelter for the homeless migrants who until then were either wandering around our city desperately or being stuffed into overcrowded unsuitable places of detention. This demand was never answered at that time.

Today we, the members of the initiative, run a open reception shelter for migrants in the former tent-camp PIKPA, struggling daily with all our energy for securing food, covering basic needs, clothes, legal and medical aid for more than 60 migrants. Of course nothing could have been done without the massive solidarity of hundreds of fellow citizens who support until today this prototypical effort by cooking food, bringing warm clothes and other things they might lack themselves.

The story of PIKPA

The reality soon passed our most pessimistic fears. Two weeks ago we had found ourselves confronted with a group of 26 migrants in the port of Mytilene who were in need of immediate support. Among them two pregnant women, small children and elderly. According to the migrants’ reports they had been left there by the police, which later denied their request expressed by us to arrest these people arguing that the prisons were already full. The two pregnant were finally transferred into the hospital, one of them due to here severe health problems and the other after having been attacked in the area of the port with stones by some Neonazis, which hit her on the head. After pressure of the civil society the group of migrants once slept in the building of the public swimming pool before being finally arrested by the port authorities. During the whole period of their detention in the containers of the port police we had successfully taken responsibility for their food.

The need to find a place to host these people had grown to an emergency with the weather conditions worsening day by day. If that wasn’t enough all this was followed by the incident with the 40 migrants in the city center you all might have heard about. Immediately again members of the initiative went to support these people who slept in the municipal garden (place of the former Info point in 2009). On November 28 a Tsunami of people decided with the pressure of the Committee for the Quality of Life of the municipality and following a proposal of Giorgos Pallis to informally grant the space of PIKPA for the purpose of hosting the homeless newcomers. Two days later volunteers opened the camp but even before they could start organising the space a four headed Afghan family with their 10 day old baby arrived. They were examined by the Doctors Without Borders and it was decided that they had to be transferred to the hospital. We have to explain at this point that the Doctors Without Borders are since two months on the island and have during all times offered their support to all above-mentioned people. 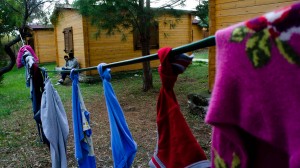 On Friday 30th November the UN Special Rapporteur on Human Rights of Migrants Francois Crepeaux arrived on the island together with the responsible of the First Reception Service of the Ministry of Citizen Protection and Public Order Panagiotis Nikas. Having in mind what is going on in the prison of our island we were surprised to learn from the Rapporteur that the detention of small children, minors, single women, families, pregnant women, victims of torture, sick and elderly is forbidden and that instead these vulnerable groups should be protected by the state. He told us that the administrative detention of migrants should not have the character of a punishment and should not be systematic. We asked ourselves if the Greek police have all this in mind. 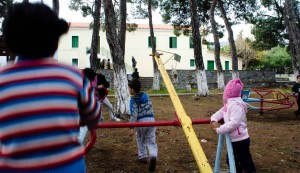 When the Special Rapporteur visited the empty and freshly painted cells of the police station, he told us while visiting us in PIKPA that the difference to what we demand and create is obvious – a human place – and the cells he saw. On the other side the responsible of the First Reception Service declared his good will to support this effort of the society of Lesvos for a human and dignified first reception space with material goods, not with monetary, but form European funds. He also promised to try and organise also further forms of support such as food and clothing so that the local society would not be forced to share the few things they have. 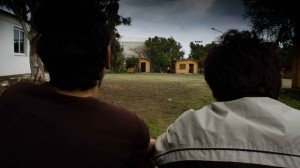 We are waiting for an update on these proposals next week taking the commitments of the First Reception Director serious that the reception place for migrants we try to create with our few possibilities and our personal work is faithful to the respect of basic human rights and the obligations of each European country for refugees arriving on its territory. A reception process which if implemented, would prevent Europe to impose huge fines on our country for the continuous and systematic violation of the rights of refugees
With this press release we want to thank all of our fellow citizens who all this time helped alleviate the situation. Thanks to them our fellowmen who sought refuge in our country have a place to be protected from the cold and rain and a plate of food. We emphasize that the problem has not disappeared but rather has expanded and is certain that in the future it will even grow larger. 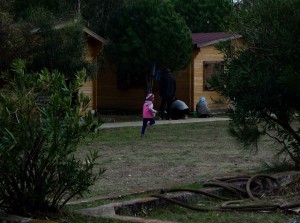 We appeal to organizations, associations, unions and other ordinary citizens to help us until the state will assume its responsibilities.
We demand from the state clear commitments to immediately move on to create structures with human conditions of survival for our fellow humans. We offer ourselves to continue the voluntary efforts and support, but in no case we will substitute the role of the state.
As active citizens we don’t accept any further image of shame with small children as protagonists and weary fellow humans and we will not allow from now on any negligence form the side of the responsible.
We believe in a society where dignity is a not negotiated right of everybody independently of his / her nationality. Whatever happens on this island is representing all of us and we will not allow other situations that would be contradictory to what the society of Lesvos really is. In this struggle we want you all by our side!